Greece: The spell of Santorini 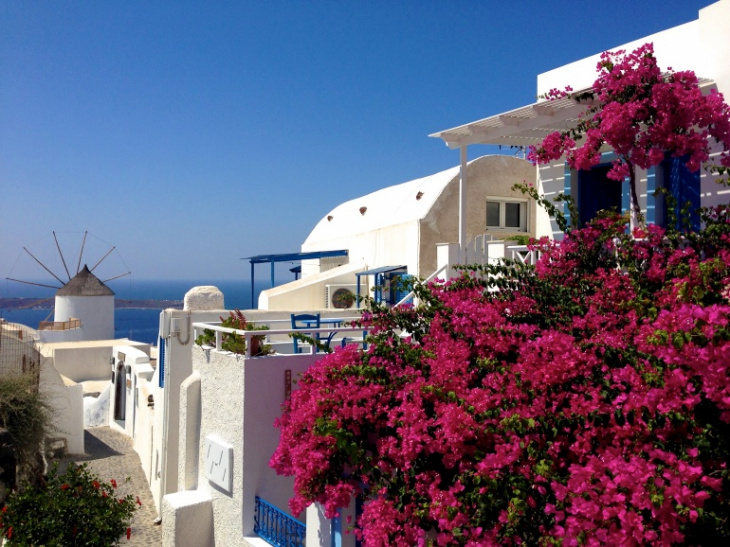 After beautiful Milos we are heading to Santorini. We are on the same ferry where everybody was sick in the last trip, but this time people look much better, ouf... the ride will not be tough then.  After 2 h we arrive in Santorini. Our plan is super simple - do nothing, relax and enjoy.

I had read in the forums that the port can be very confusing and it's better to arrange a transfer directly from the hotel. Oh, what a great decision it was! The port is completely chaotic, maaaany people, everybody is shouting, screaming, calling. We are super happy to see a note with my name (of course misspelled but still recognizable :) After a short ride we get to our hotel - Caldera Memories in Imerovigli village which is just between Fira and Oia. A perfect location for us. 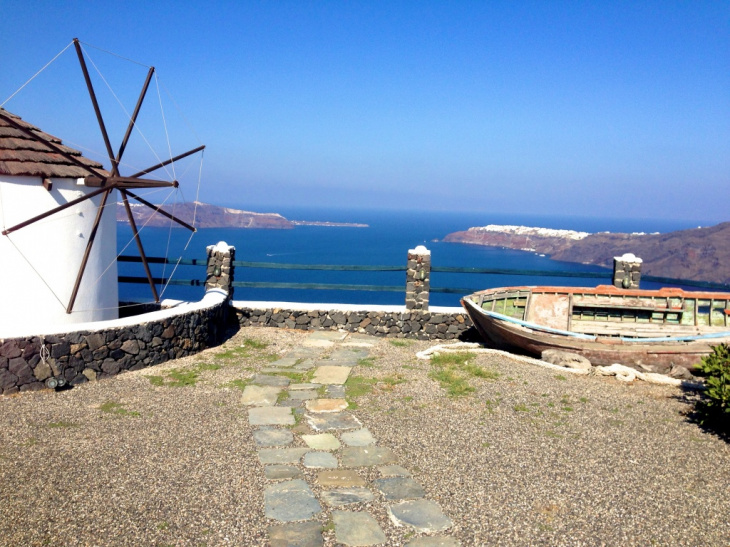 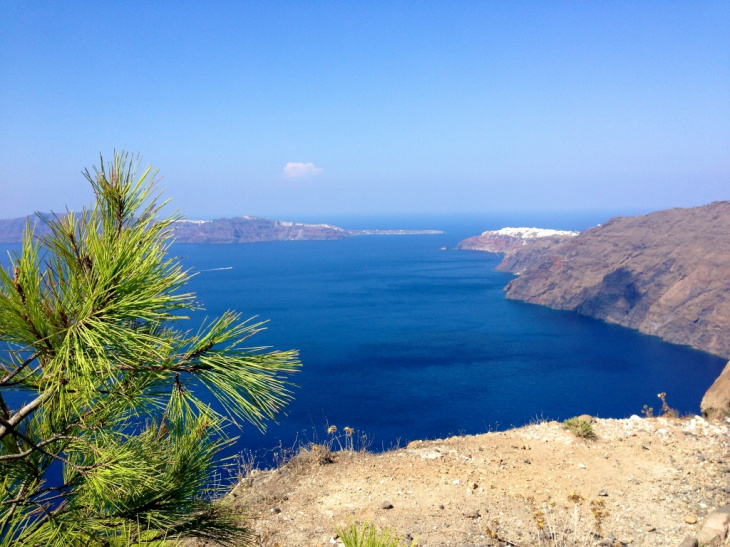 Santorini is, of course, full of tourists. They are everywhere! It feels like a big attraction park, so we are very happy about the location of our hotel - just above the walking path but out of sight and very close to the village itself.

It's amazing how space can be maximized! 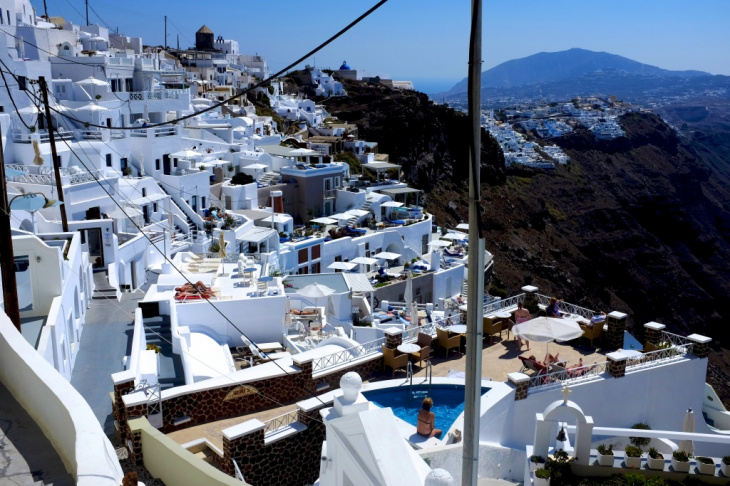 In the first evening we have planned to see something very special, 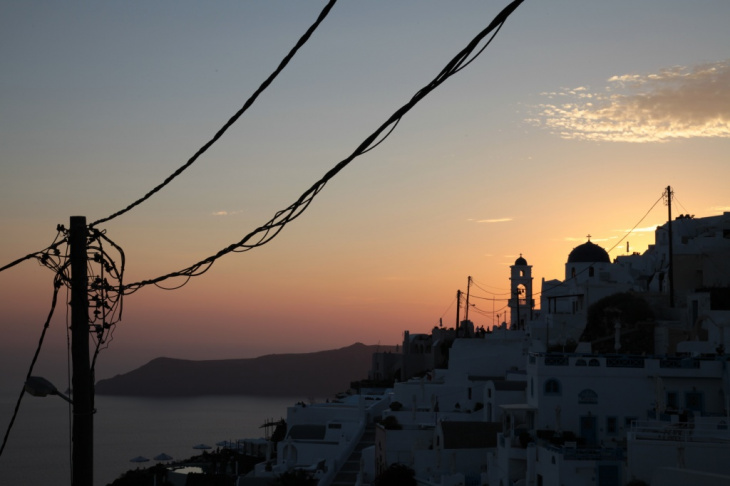 no it's not the sun set, it's a moon rise from the sea! I have never seen that and I'm very intrigued. After some waiting the moon pops up like a big red ball! Wow! 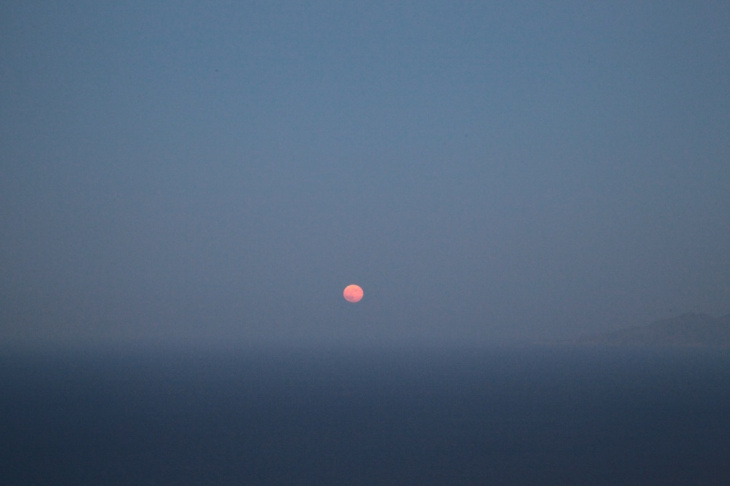 After a great breakfast the next day we have planned a walk to Oia. 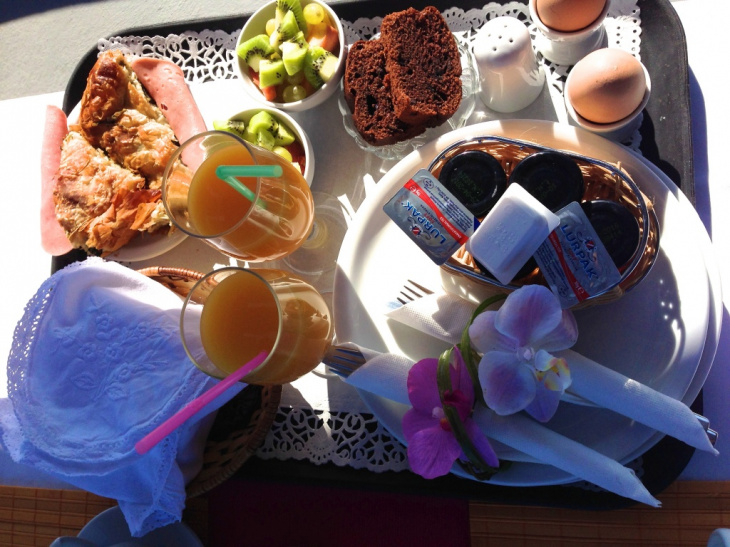 The walk is around 1,5 h, not too hard but would have been better if we had real walking shoes. 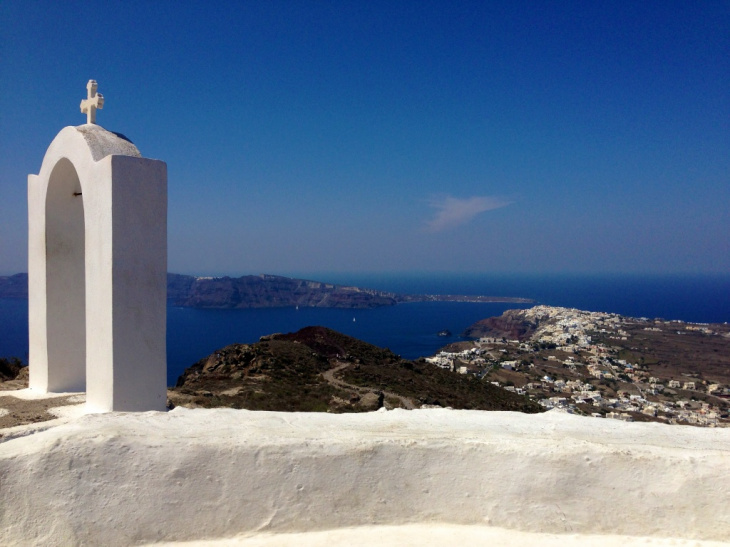 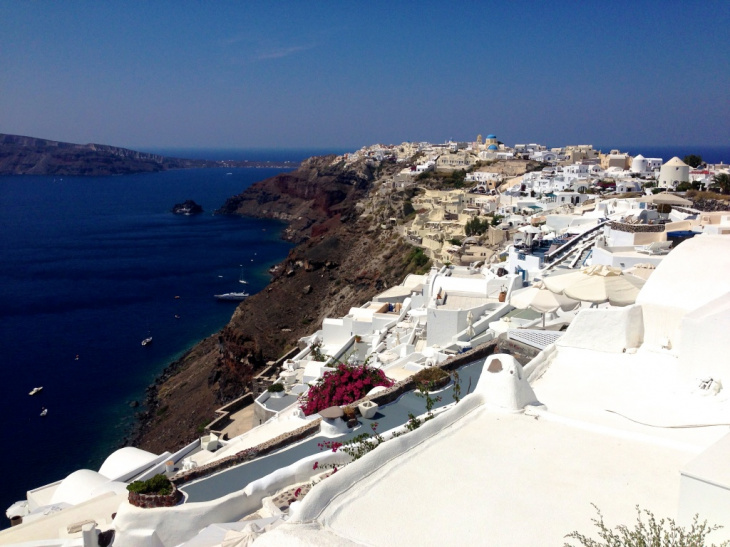 Views are lovely, in the beginning it's very pretty, white houses, flowers everywhere but in the center of the city all you see is somebody's back in front of you. Many Russians. 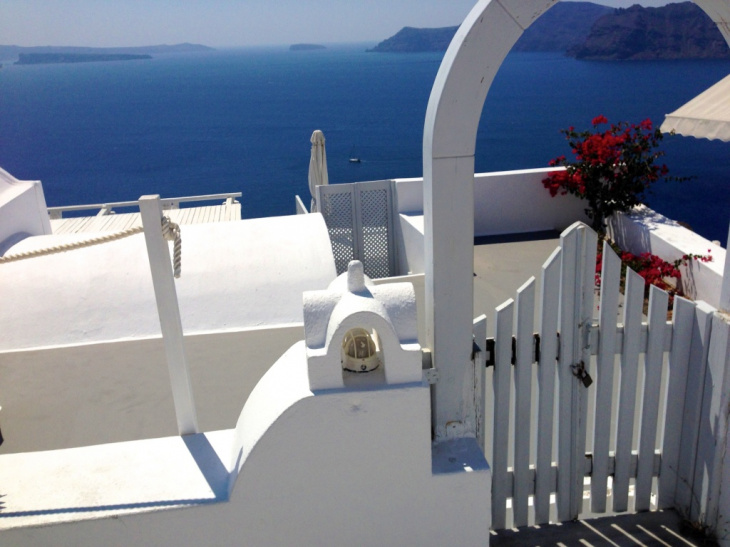 Our objective is to get back to the hotel asap and we agree that we don't want to share the sun set with other thousands of people, so we just enjoy it from the hammock of the hotel. Great decision. 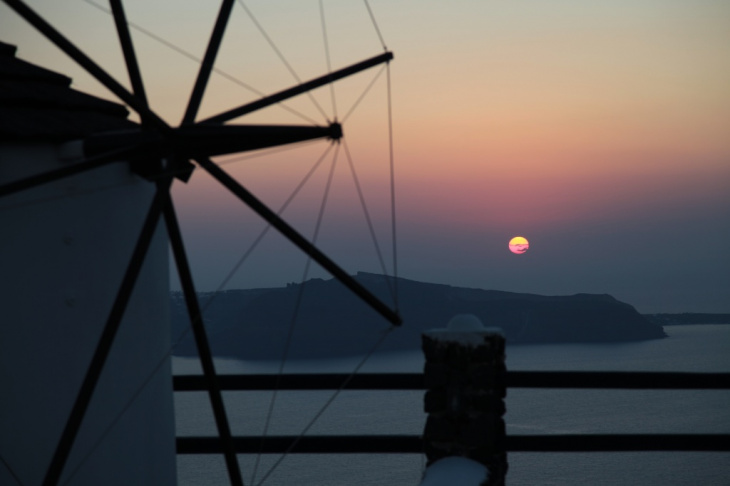 The next day we walk in the other direction to Fira, it's a lovely breeze but it's still too hot for all the brides and grooms who are obviously suffering but manage to get happy smiles from the faces for the photographers.

In the last day we just hang around the pool. But staying in Santorini is kind of disturbing. In 1960 there was a very strong earthquake which destroyed many parts of the village, plus it's sitting on an active volcano! It's also disturbing to see the sea all the time and around you but not be able to reach it easily. Anyway, it's beautiful and it's worth to see it :)

And it's time to leave. The airport is the most disorganized airport ever seen. First, there was a mistake in the departure time, just like that, they had encoded wrong timing. Second, the airport lost electricity several times and it messed up all the electronics. Third, once a bus was full to get to the plane, they announced that there was a small delay and people had to stay in the bus for around 20 minutes! And it was hot!!!! I was half dead there but old people around me were completely out!  Oh, good to get home!

- Santorini is there to see it once - yes very beautiful. But to return? No. To experience real Greece? No.

- You really have to be careful to choose your hotel wisely, you can end up dragging your luggage in small stairs (streets) up and down and if you are in the wrong place... upssss

- There were far less cats in Santorini comparing to Milos and Athens, why?

- Best food - Tasos taverna, just next to the hotel of Caldera memories 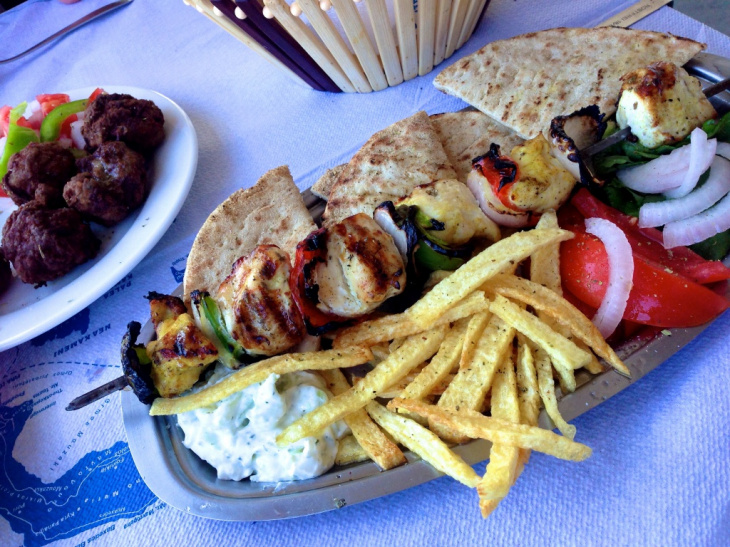 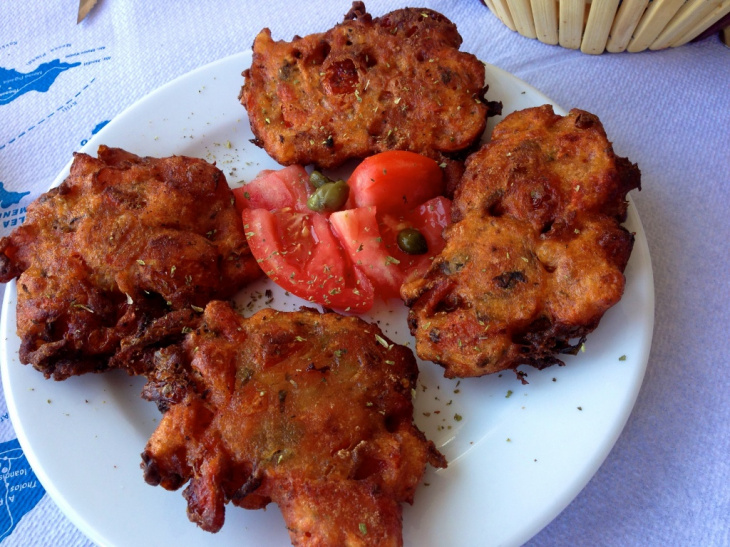